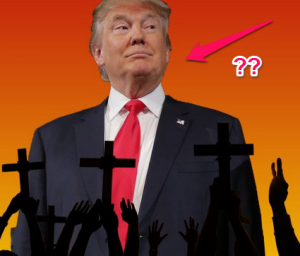 Trumps own comments include:

I will end with the observation of Jack Jenkins on thinkprogress.org who states:

But when it comes to understanding Trump’s popularity with the evangelical masses, the key lies in a simple reality: Lots of evangelicals — especially Trump supporters — simply aren’t that “religious.”

What do you think? Is Trump “Christian”? Please vote on the poll above, and leave any related comments below.

You may also want to download the list of 8 biblical traits of a follower of Jesus Christ.