What do we need to subtract in order to develop a disciple-making culture?

If we’re busy (and we are!) and disciples aren’t being made (and they often aren’t!) if we are to get to that place of “glorifying God by making disciples” we can’t just add something- there’s no room, no margin.

We need to subtract something before we add anything else.
And subtracting is hard. Far harder than adding sth. 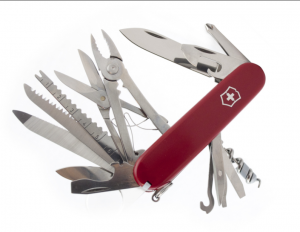 A church with a strong disciple-making culture looks more like the filleting knife than the Swiss army knife.

probably find ourselves in a wineskins situation, where the wineskin of the current church won’t contain the new wine, in this case the disciple-making culture.

As long as we’re tweaking things, we’re okay, but change that affects the core of an organization or culture is not easily embraced by those accustomed to something else

But the starting point is to subtract some things and create some organizational and leadership margin.

What needs to be subtracted in your ministry context to move it toward a disciple-making culture?